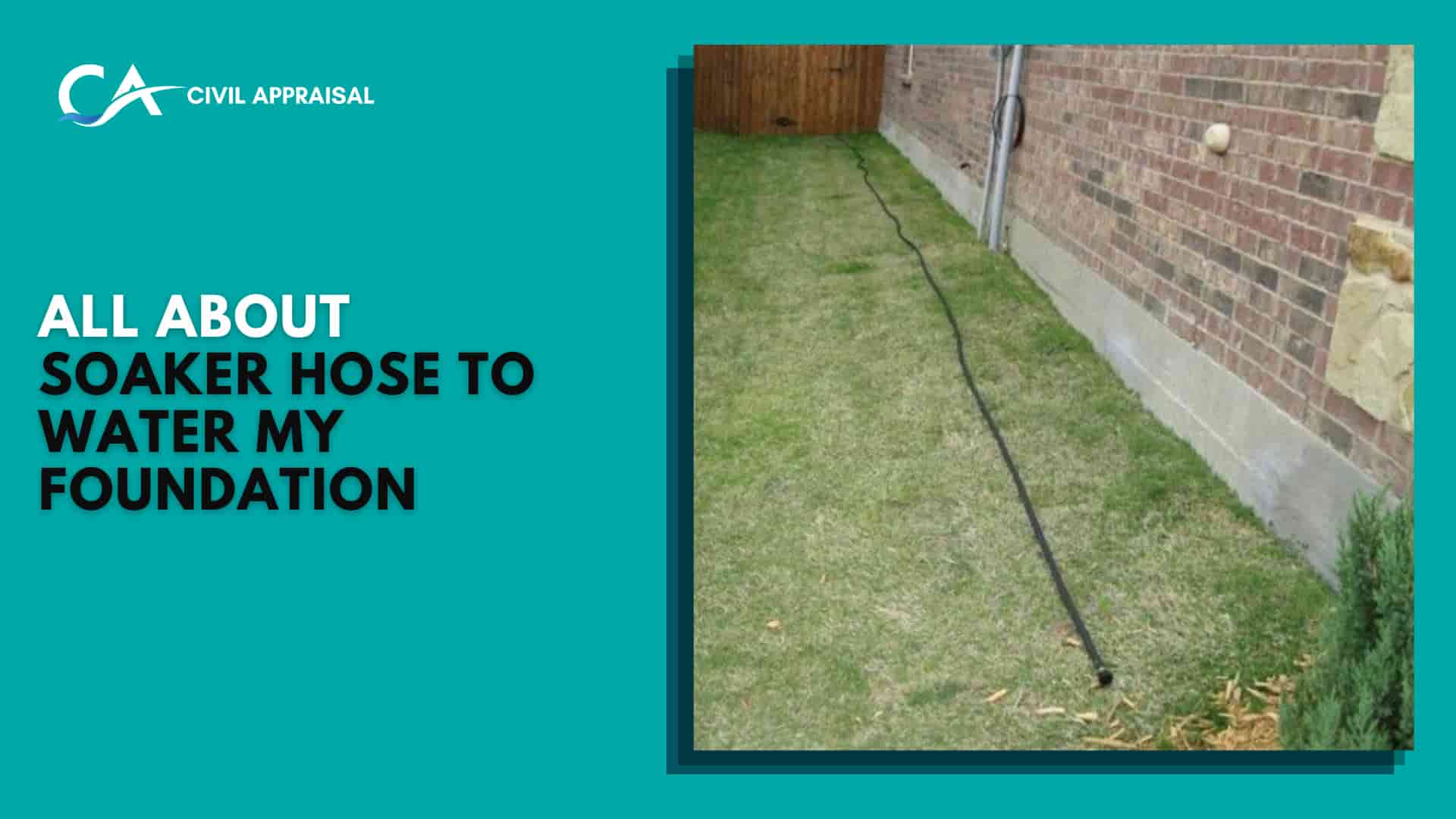 Why Use a Soaker Hose to Water My Foundation? 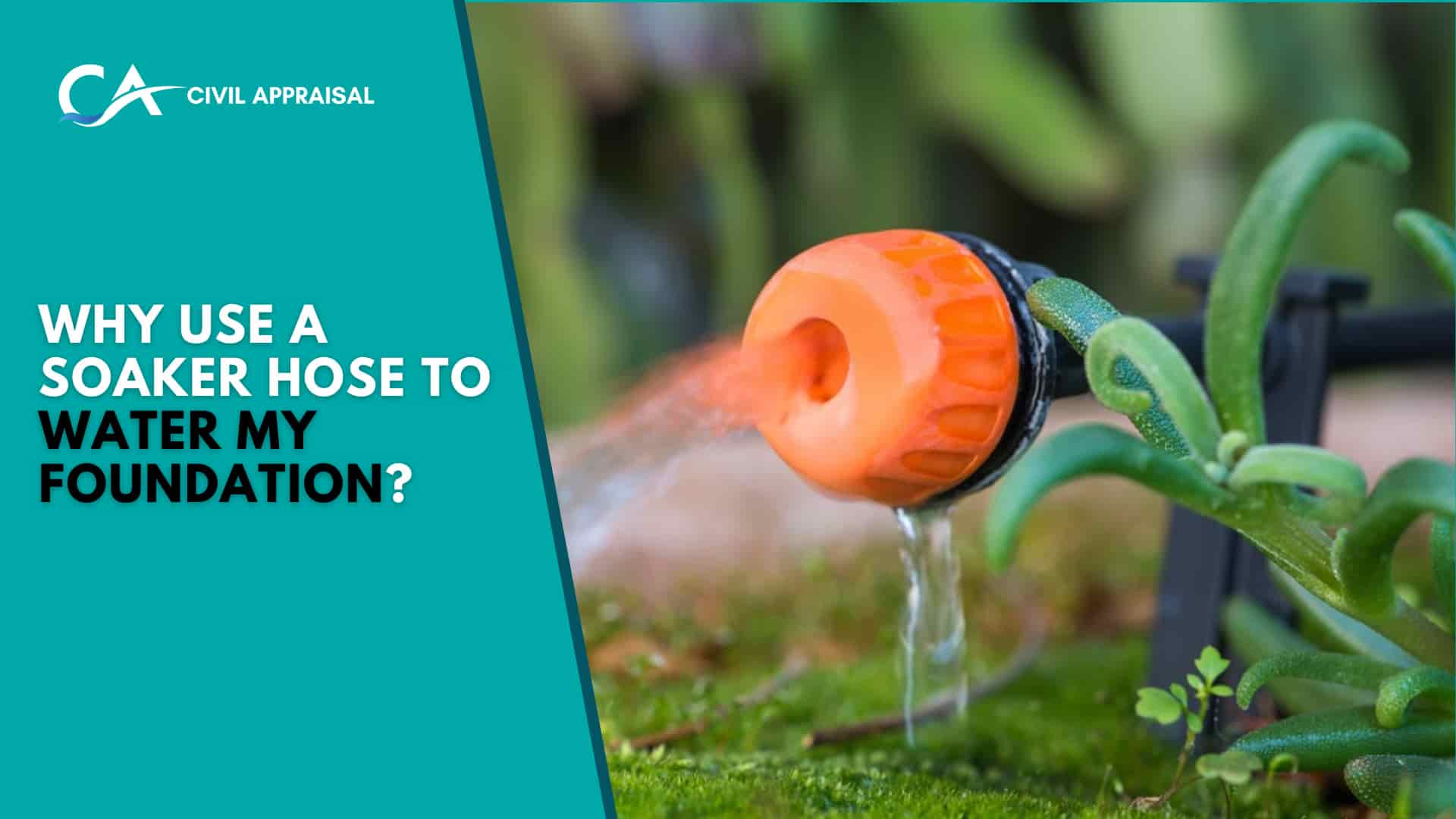 How to Use a Soaker Hose to Water Your Foundation?

A soaker hose should not be placed near your structure’s foundation since this could cause the earth to get overly saturated.

Under your foundation, large volumes of water can cause the ground to swell, and too much water can be as damaging.

Therefore, your soaker hose should be 20-24 inches away from your building. Ideally, the ground should be kept damp, but not soggy or muddy.

If the ground is becoming muddy, turn the soaker hose down to prevent it from getting dirty. It’s critical that the soil progressively absorbs the rainwater for greatest benefit.

If you discover that the earth surrounding your structure is eroding, saturate the area around your foundation more frequently or for a longer period of time with the hose.

Also, if the soil is becoming excessively damp, you may need to reduce your watering schedule. Another thing to bear in mind is that a group of soaker hoses should not be connected.

The water pressure will drop as a result, and your foundation will not be watered uniformly. As a general guideline, no more than 50 feet of soaker hose should be run from a single water source.

If you don’t have access to another water source, simply connect a couple soaker hoses.

How Often Should a Soaker Hose Be Used to Water My Foundation? 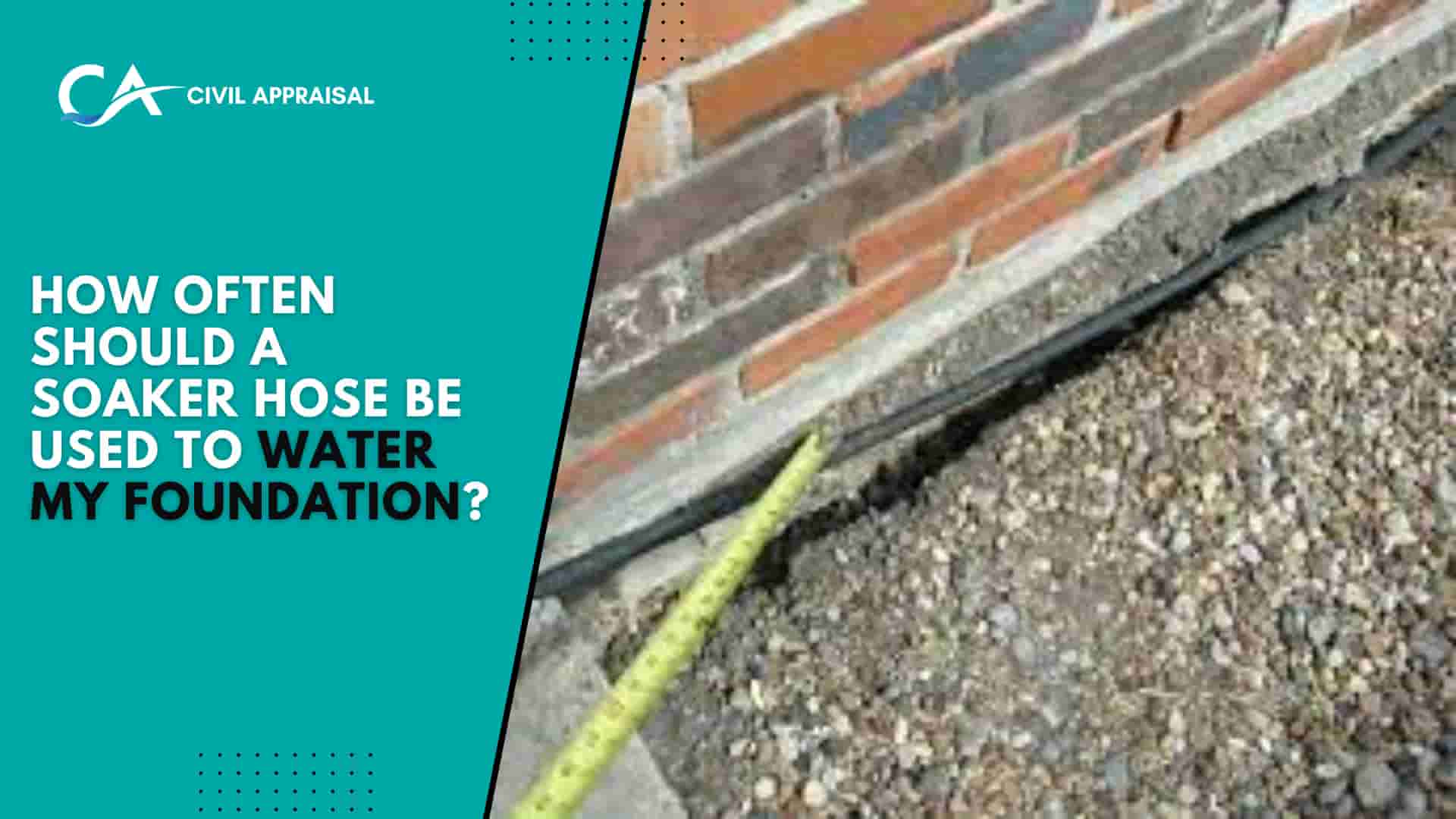 To safeguard your property, it should be used on an as-needed basis. Given how hot it gets in the Dallas-Fort Worth area, you’ll most likely need to run the soaker hose for 15-20 minutes three to five times per week.

You are the only one who can tell when the soil surrounding your foundation is dry and needs to be moistened.

You can take a variety of steps to avoid foundation problems and prevent cracks from appearing in slab and pier and beam foundations. 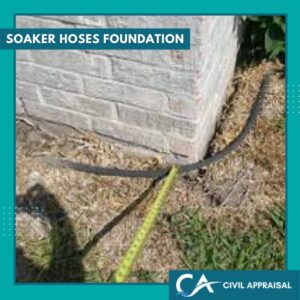 Soaker hoses can be a major help in preventing foundation movement and the damage that comes with it during times of drought.

The volume of the soil expands or contracts as the wet and dry cycles pass, and the structures that sit on top of it, such as your house, move up and down with the changing soil conditions.

Soaker hoses help keep the moisture level of the soil consistent, reducing the amount of movement in your home.

Soaker hoses should be put 12 to 18 inches away from the perimeter of the home’s foundation and directly beneath the ground’s surface.

Evaporation will lose around half of the water if the soaker hose is left on top of the ground. When switched on, soaker hoses will restore part of the water needed by plants but lost due to evaporation.

The goal is to maintain the soil’s moisture content as steady as possible from day to day. The placement of the soaker hoses is a critical part of their installation.

If they’re too far away from the foundation, the effect will be diminished, or you’ll have to use a lot more water to have the same result.

Placing the soaker hose on the slab might potentially be harmful to your home. During periods of no rain, you may have noticed a little gap between the foundation and the dirt.

Water can run down the outer concrete beam of the foundation and wet the soil supporting your home if the soaker hose is positioned over this gap close to the foundation.

If you saturate this soil with too much water, it develops a ‘perched’ state, which implies the soil begins to lose its load-bearing capacity.

This will cause the foundation to shift downhill, which is precisely what you want to avoid. 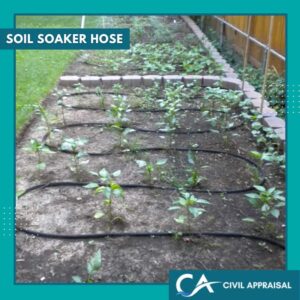 The design of a soaker hose sets it apart. These hoses appear to be similar to most other garden hoses, but there is one key difference.

The soaker hose has microscopic pores throughout the length of it that are similar to the pores on your skin. Water might slowly escape from the hose through these pores.

When you use a soaker hose in your garden, the low water pressure enables for an effective flow from the hose to the plant’s base.

This means you’re getting more water to the roots and less water to spots where it will evaporate quickly.

Soaker hoses are convenient because they are lightweight and portable. You can alternatively put them in place and let the hose do the work.

When using a soaker hose, very little maintenance and irrigation supervision is required. 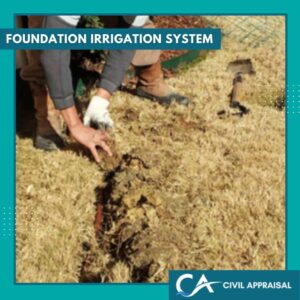 Irrigation systems are designed to keep the top 6 to 10 inches of soil moist enough for grass, annuals, and small shrubs to thrive.

They’re not built to get water deep enough to help a foundation, nor are they built to concentrate water along the foundation’s margins, where it’s most required.

The grade beam, also known as the foundation edge, is typically 24 to 48 inches thick for most homes. The most of it has been buried.

So even if your irrigation system maintains the top six or twelve inches of soil moist, it won’t assist your foundation.

To prevent settlement due to drying and shrinking supporting soils, concentrate water around the foundation’s edge and provide enough to maintain the soils moist for 4 to 5 feet.

Soaker hoses, which may be connected to an irrigation system, are the ideal method to achieve this. Soaker hoses should be installed along the perimeter of your foundation.

Burying them a couple inches deep helps. By burying the soaker hoses, you may assist guide the water down while also preventing the hoses from being broken down by the sun. 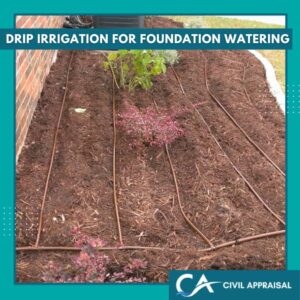 Drip irrigation is 90% effective because it provides water directly to the root level, minimizes wind drift, has a regulated uniform application rate, and is permitted at all levels of North Texas city water restrictions.

Drip irrigation is most commonly used around foundations, in flower beds and gardens, and in some grass areas.

Drip irrigation is a low-volume method that uses gallons per hour (gph) pace to apply water slowly and directly to the root region, allowing for greater penetration.

This saves water and money by avoiding over-watering and distributing water to plant roots more effectively.

The ability to irrigate your foundation during droughts and city-imposed watering restrictions is an extra benefit for North Texans, safeguarding your home investment and foundation.

How Long Should You Water Your Foundation with a Soaker Hose?

Expect to run your hoses for 15 to 20 minutes per day, three to five days per week in peak summer heat. In drought conditions, you may need to water up to 45 minutes every day. This should keep the ground moist but not muddy. After a few days, the soil will expand and meet up with the side of the foundation.

Soaker hoses take longer to saturate the soil than sprinklers, but they use less water. Expect to run your hoses for 15 to 20 minutes per day, three to five days per week in peak summer heat. In drought conditions, you may need to water up to 45 minutes every day. This should keep the ground moist but not muddy.