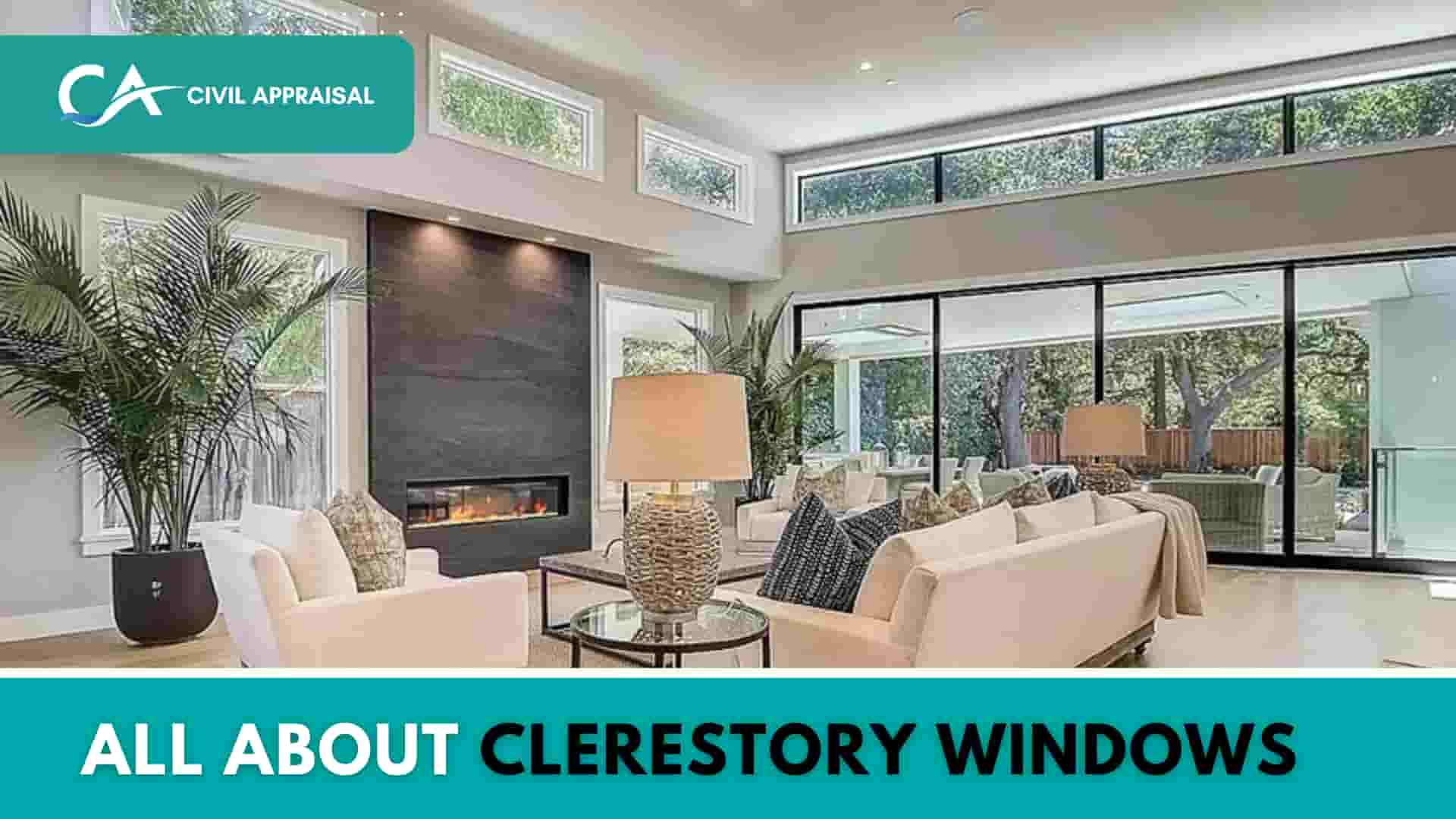 Clerestory means any high window. In the interior of the Gothic church, the windows above the main floor are seen in clerestory style. The word is derived from a combination of the words “clear” and “story. These windows are installed above eye level.

The idea of ​​the clerestory is visible in the temples of ancient Egypt. The word “clerestory” is found associated with Egyptian temples.

Clerestory was used in Hellenistic architecture during the later period of ancient Greek culture.

What Is Clerestory Window? 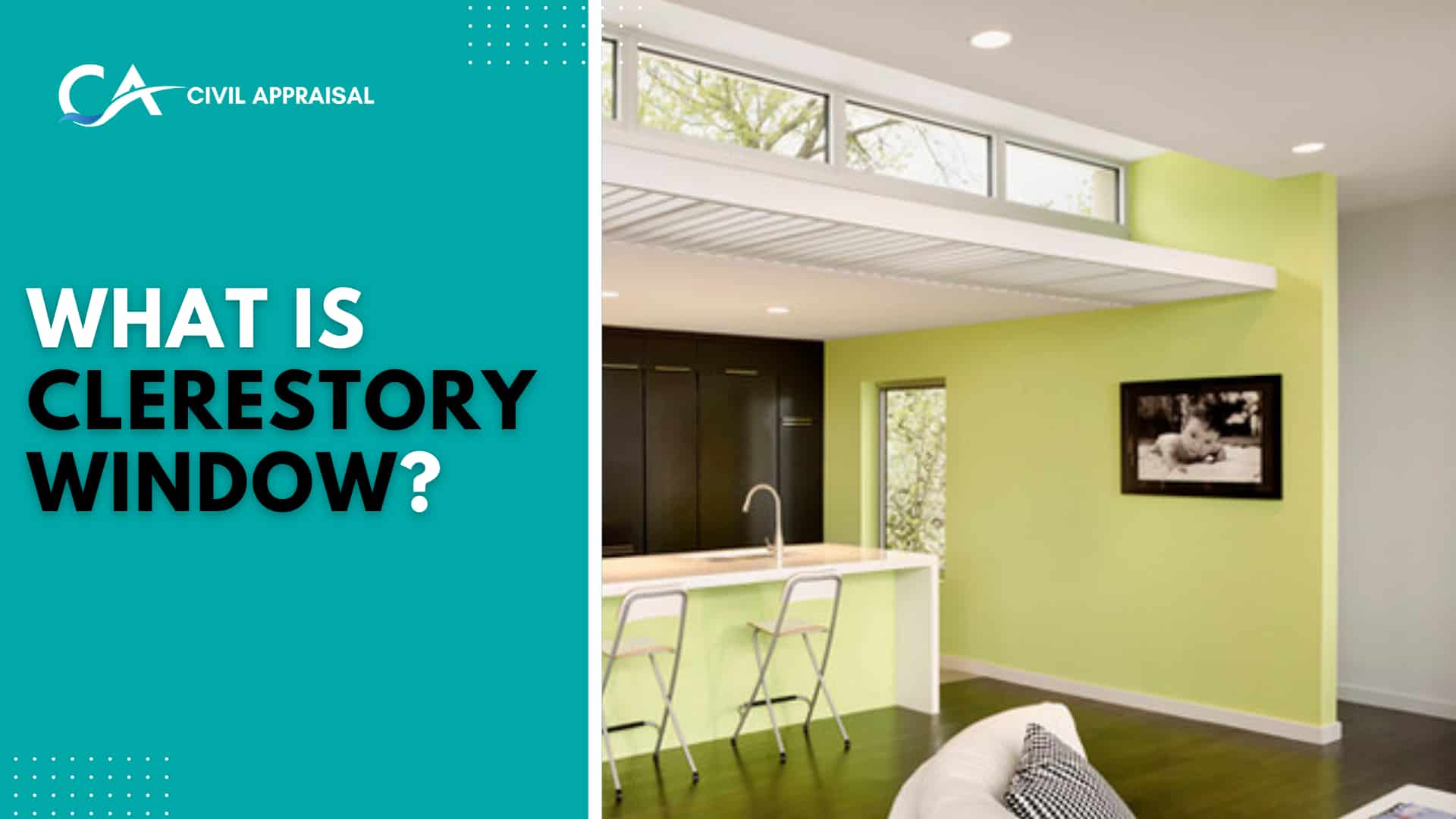 The clerestory window is a set of long and narrow windows placed above eye level to add natural light to the interior space. They are usually in a single row under the roof.

This window is installed above the roof lines or overhangs to maximize the amount of light. Clerestory window is usually found in modern homes along with floor-to-sealing windows and skylights.

The regular window can be opened in a wall covered with a glass pane so that fresh air can enter the house. The high window is used as a specialty of interior design and installed at the upper part of the wall to accept the light. 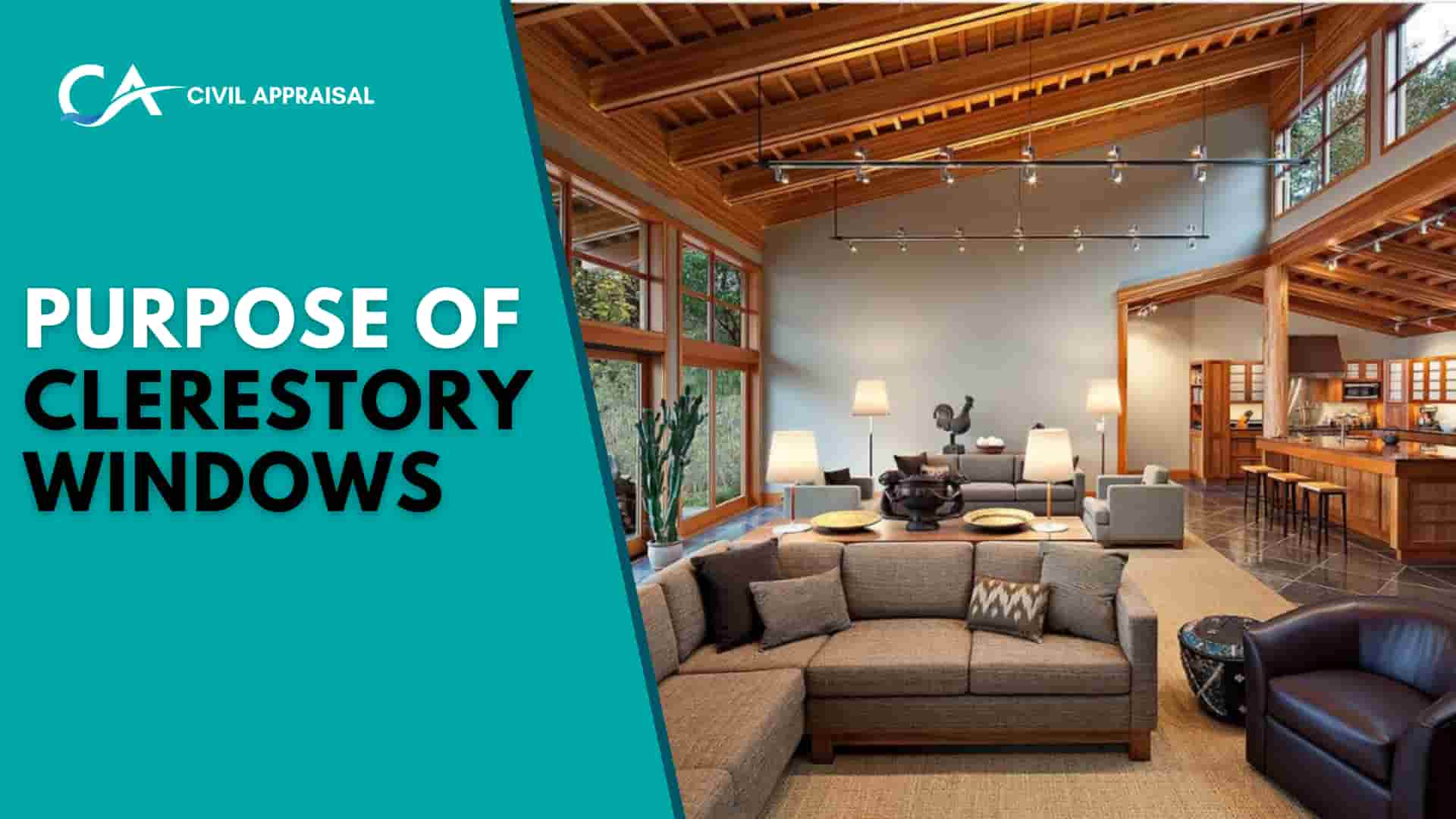 As sunlight comes into the room from the top or from the sides, it spreads light all over the room. When the other pane is fixed at the upper part of the wall, the wall appears to be made of glass. 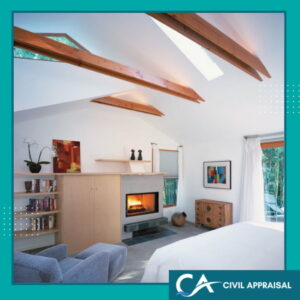 The bedroom has a clerestory window that resonates with the dynamic geometry formed by both ceilings, angular ceilings, and wooden beams. The house has the same roofing windows around and it is useful in providing attractive views of the valley. 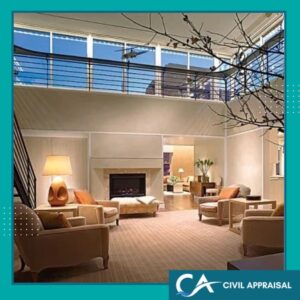 A two-story living room with liberal clerestory is found in the penthouse. Cast in a neutral palette that offers a beautiful feature for the view of the sky and the city. 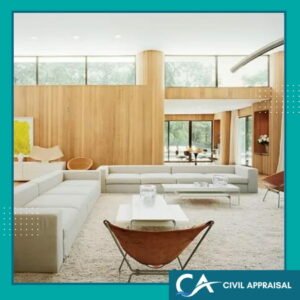 The large living room of the house that is more opened by the clerestory underlines the entire space. The row of windows is complemented by low, linear furniture, in which furniture such as leather chairs and Cassina table is used beautifully. 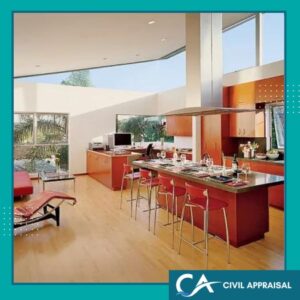 The clerestory on the house is seen as a wedge between the wall and the ceiling, which already spreads sunlight in the open kitchen. The glass adjacent to the ceiling also has windows that can remain open and ventilate the inside. 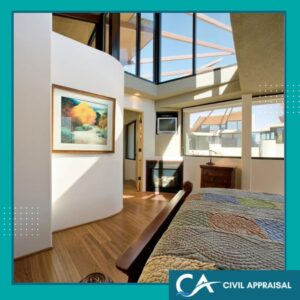 The guest with a high clerestory looks wonderful in the bedroom in a house located at the base of the mountain range. With the addition of excess sunlight, the clerestory windows add extra height to the space and give a high level of architecture to the home. 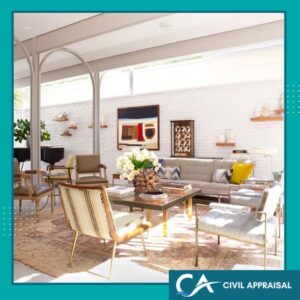 Home repairs work in harmony with the open-plan architecture. The living room has a high arch and an outer wall of glass that provides views of the side courtyard. A whitewashed brick wall without windows offers a good space to display artwork and decorative items.

The coastline has a cozy study, which does not seem to be enclosed by a narrow, released clerestory. Winds and shelves without windows provide good space that can be used to display artworks and books. 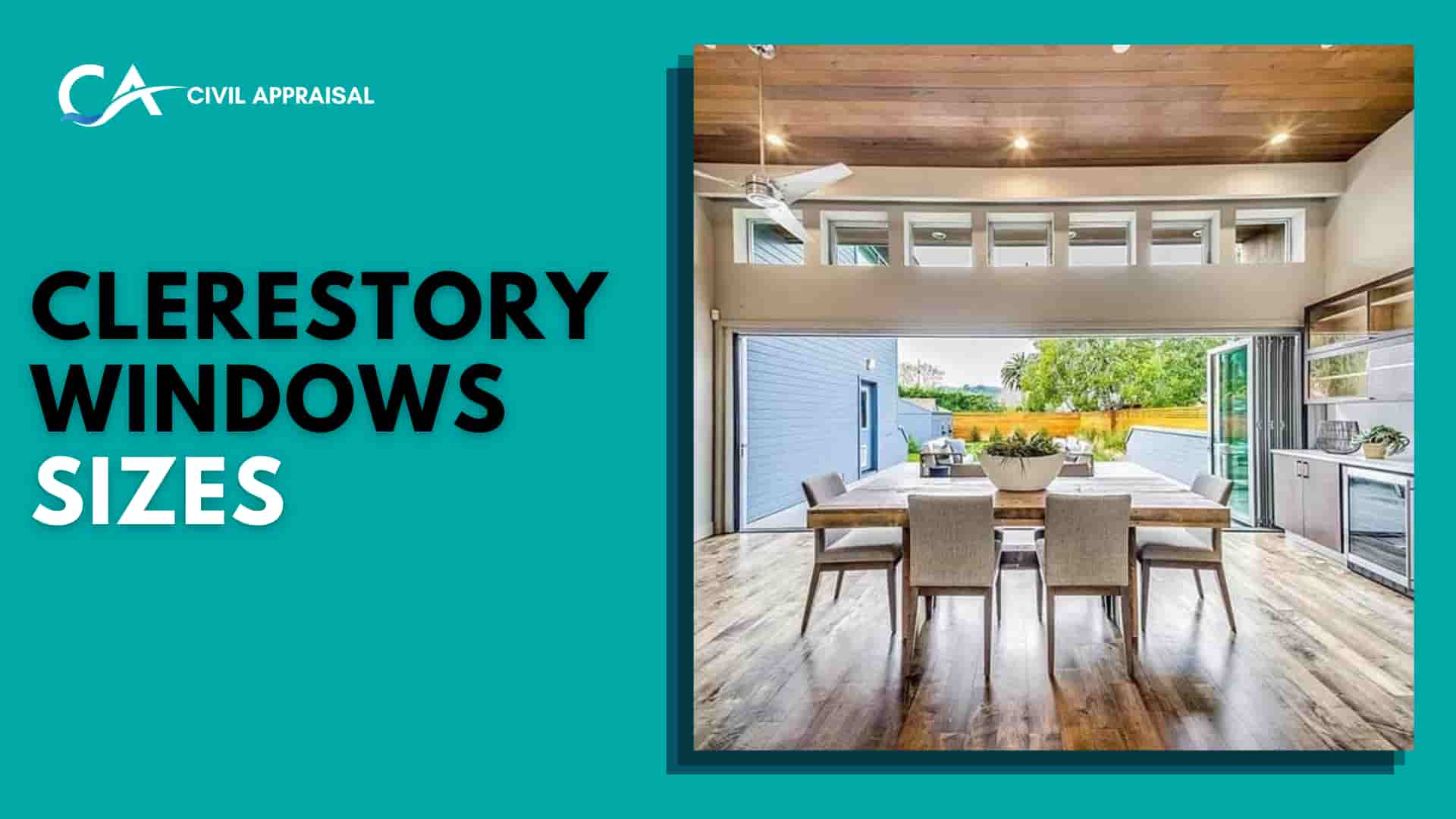 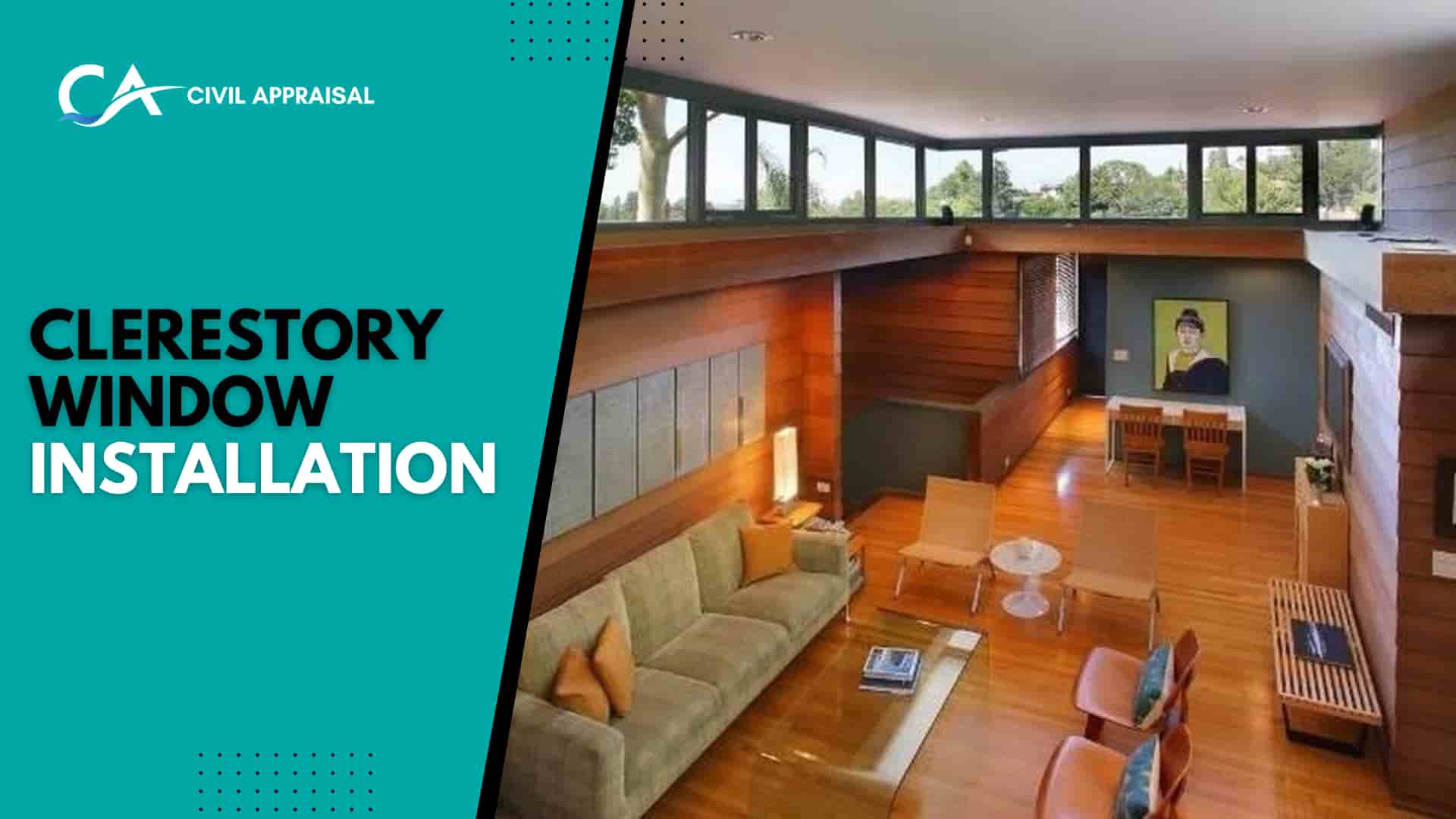 The clerestory window is installed at the outer or interior walls of the house at the same height as the roof. In the interior installation, this window is often found along the walls of the corridor that can cause a lack of natural light source.

It is very important whether framing support is present. These windows place the pieces of the walls so that they usually have to bear the load. Considering this, it is important to consider the design of the building, when choosing the right location of the window.

The process of installing a clerestory window should be done by keeping in mind certain things to prevent problems during or after installation.

Installing a clerestory window is structurally easy. They are usually either under the eaves or above the stairs. Both of these areas gain the benefit of additional natural light.

These windows should be installed in the north or south way. South-soft clerestory windows require overhangs. The windows on the north will get less light which is favorable for the house because such a condition will not overheat the room. 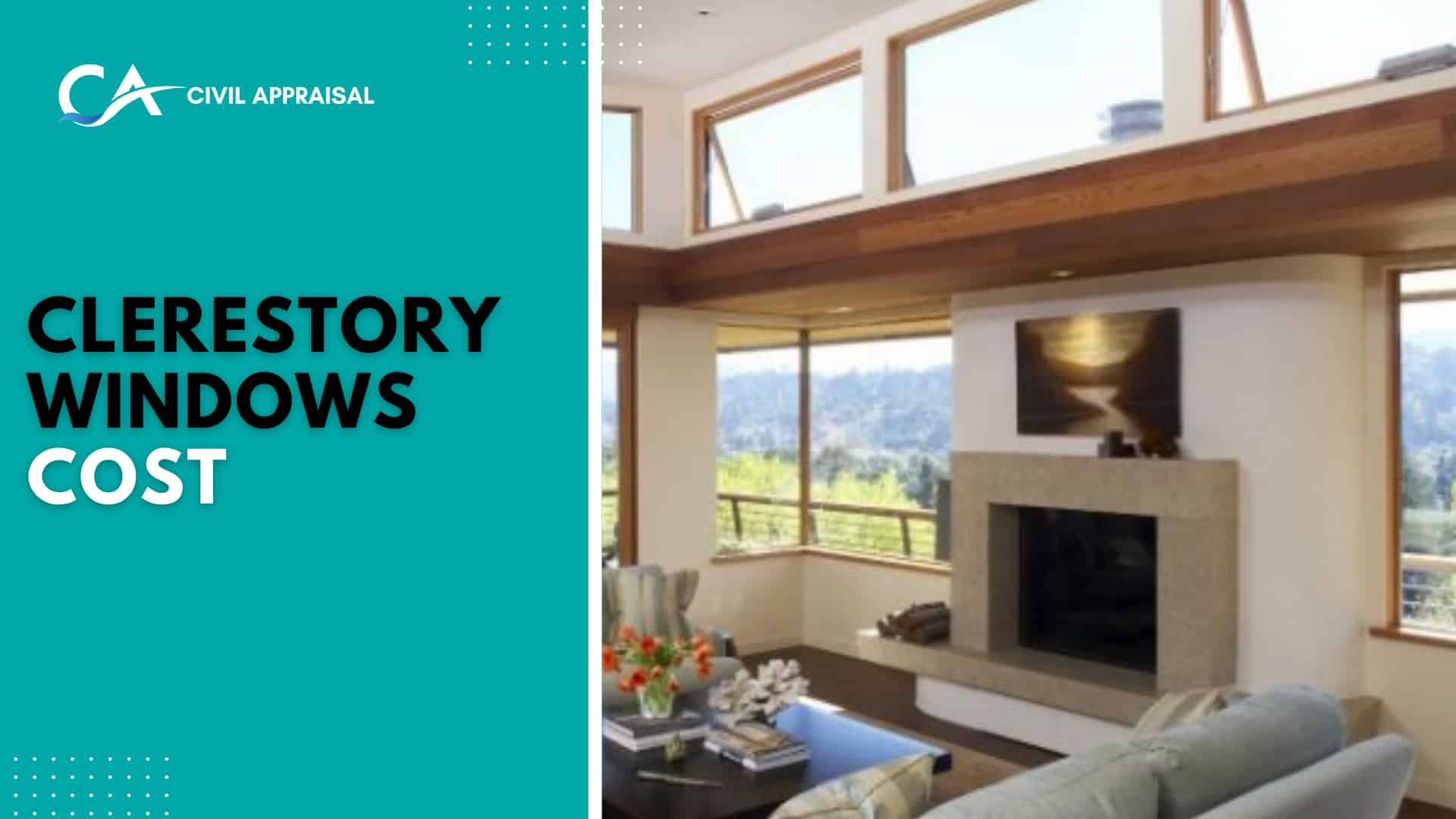 The clerestory window is available in custom-maid designs to fit the specific needs of the building. It is imperative to seek the help of an experienced professional to install in the house as there is a need to make extensive changes in the building.

Due to these various factors, the cost of installing a clerestory window can vary significantly. This window does not have different parts so this window replacement window price may be higher.

The standard clerestory windows are made of glass and have 3 or 4 narrow window panes. This window is usually fixed in place so cannot open for ventilation.

Installing a high-end clerestory window can cost around $ 2500 to $ 4100.These high-end windows are usually made of wood or steel and are larger than the standard window.

High-end windows include adjustable window units such as a casement or awning window. This type of configuration is able to provide maximum ventilation in the interior of the home. 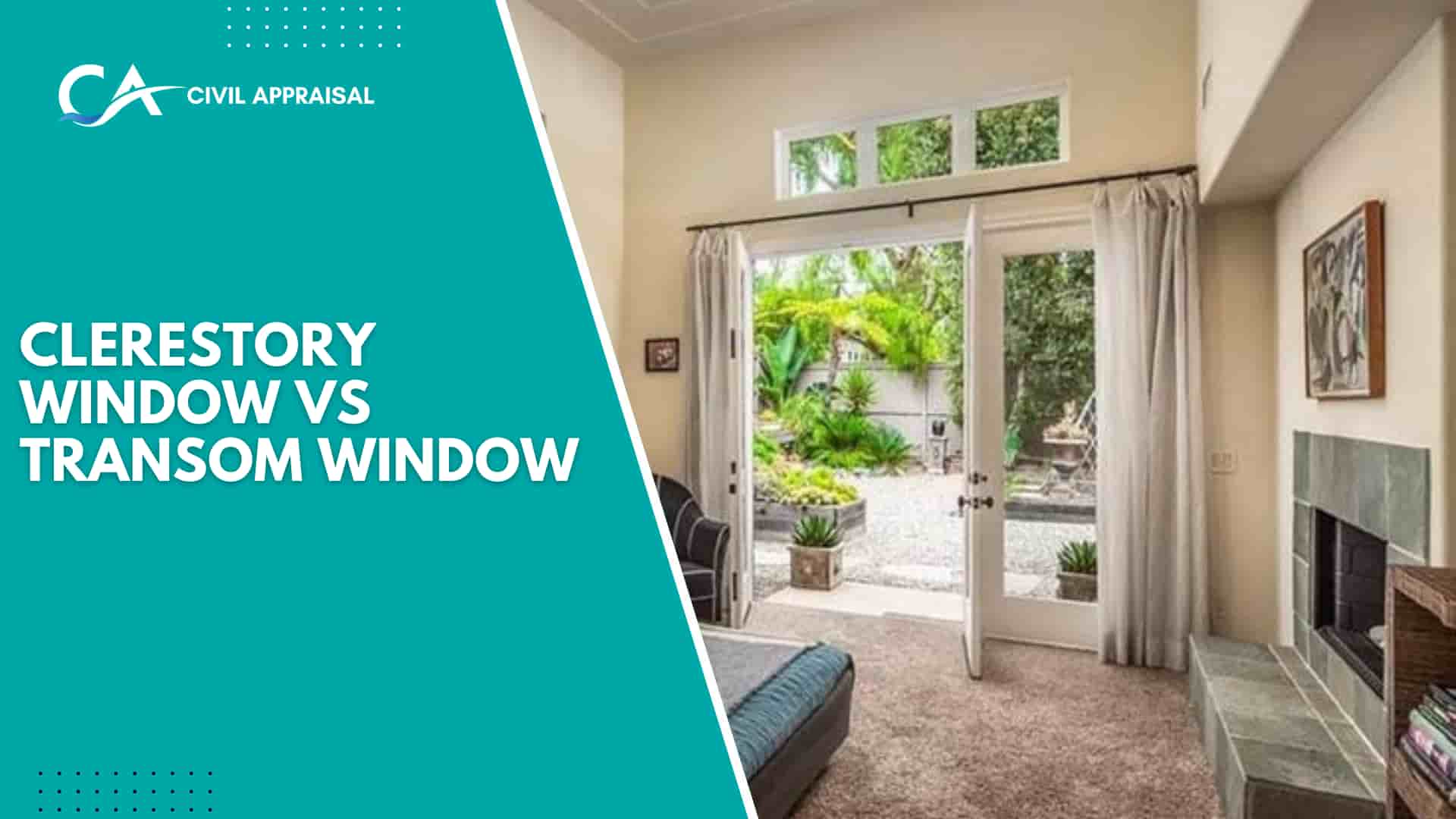 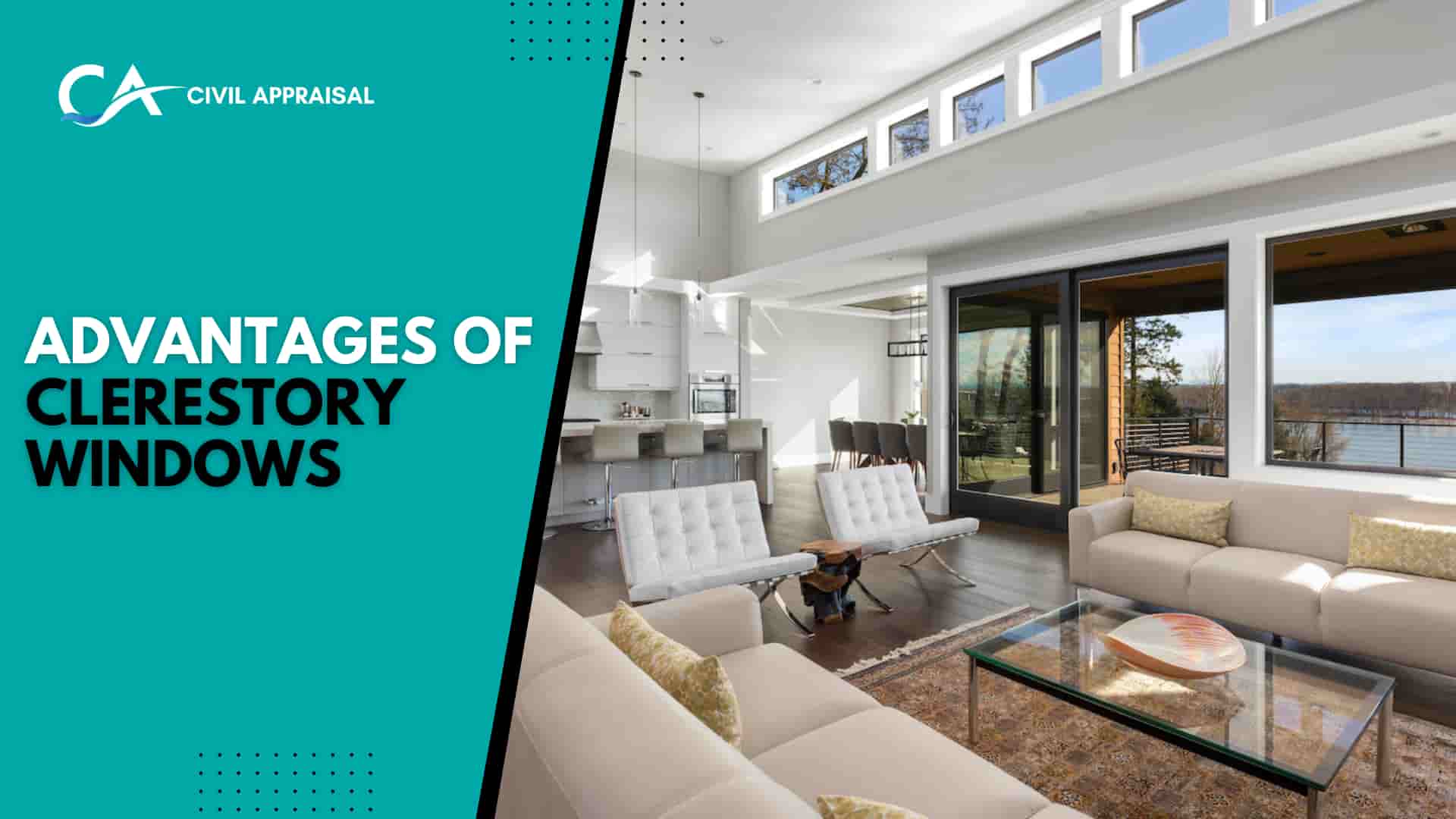 Here are the clerestory windows’ pros as follows.

Lighting can be considered the most obvious and biggest benefit of clerestory windows. They enter the natural light into the heart of the building directly and can provide a beautiful view of the sky.

The clerestory window is a good option to display the furniture and pieces of artwork against the walls in the room. This window is an excellent option to allow light when leaving plenty of space for precious items.

The clerestory window is useful to make the home very modern and aesthetic. Many modern architectures emphasize highly creative window styles and placements.

Many of the high windows are responsible for them being dirty, and they have difficulty cleaning. But if the clerestory windows are properly cleaned, it works well.

Natural light offers many benefits for health as well as better mood and well-being as much as possible in natural light. These windows can provide a lot of light as the wall is located at a height.

If the clerestory window is operable design it allows the wind to move throughout the house. In the summer months, such windows are very useful to allow extra heat to go out of the house.

The size of the clerestory window works importantly. Large windows can provide a wonderful view, light, and air environment outside the room, but as well as they affect the energy efficiency of the home.

If the small windows are set in a thick part of the wall and made of the right type of glass, they can deal with the problem of temperature fluctuations. Fitting blinds or shades on small windows for temperature control is also easy. 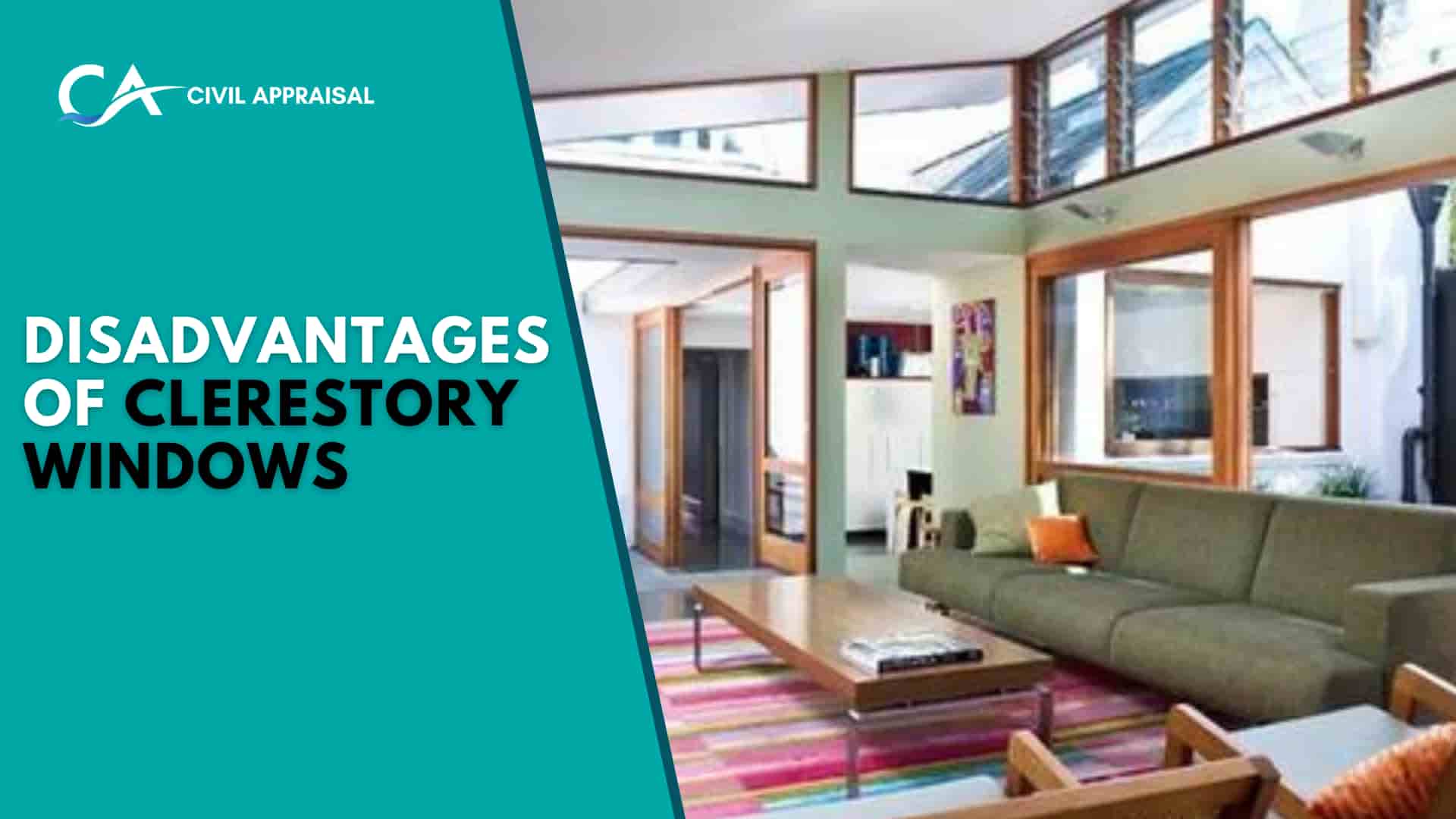 Here are the clerestory windows’ cons as follows.

Excessive amounts of light from this window enter the room, so the room temperature rises. To reduce this high temperature, resources like air conditioners have to be used. Therefore, this window proves to be weak in terms of energy efficiency.

These windows are expensive compared to regular windows because they are located at a high height on the wall.

What Is the Difference Between a Transom Window and a Clerestory Window?

What Direction Should Clerestory Windows Face?

These windows should be installed in the north or south way. South-soft clerestory windows require overhangs. The windows on the north will get less light which is favorable for the house because such a condition will not overheat the room.

Can You Open Clerestory Windows?

Clerestory windows are often used for natural light. Sometimes they are designed to open and remove the inside air. The clerestory window is available in both designs: Fixed and Operable.

What Are Windows at Top of Wall Called?