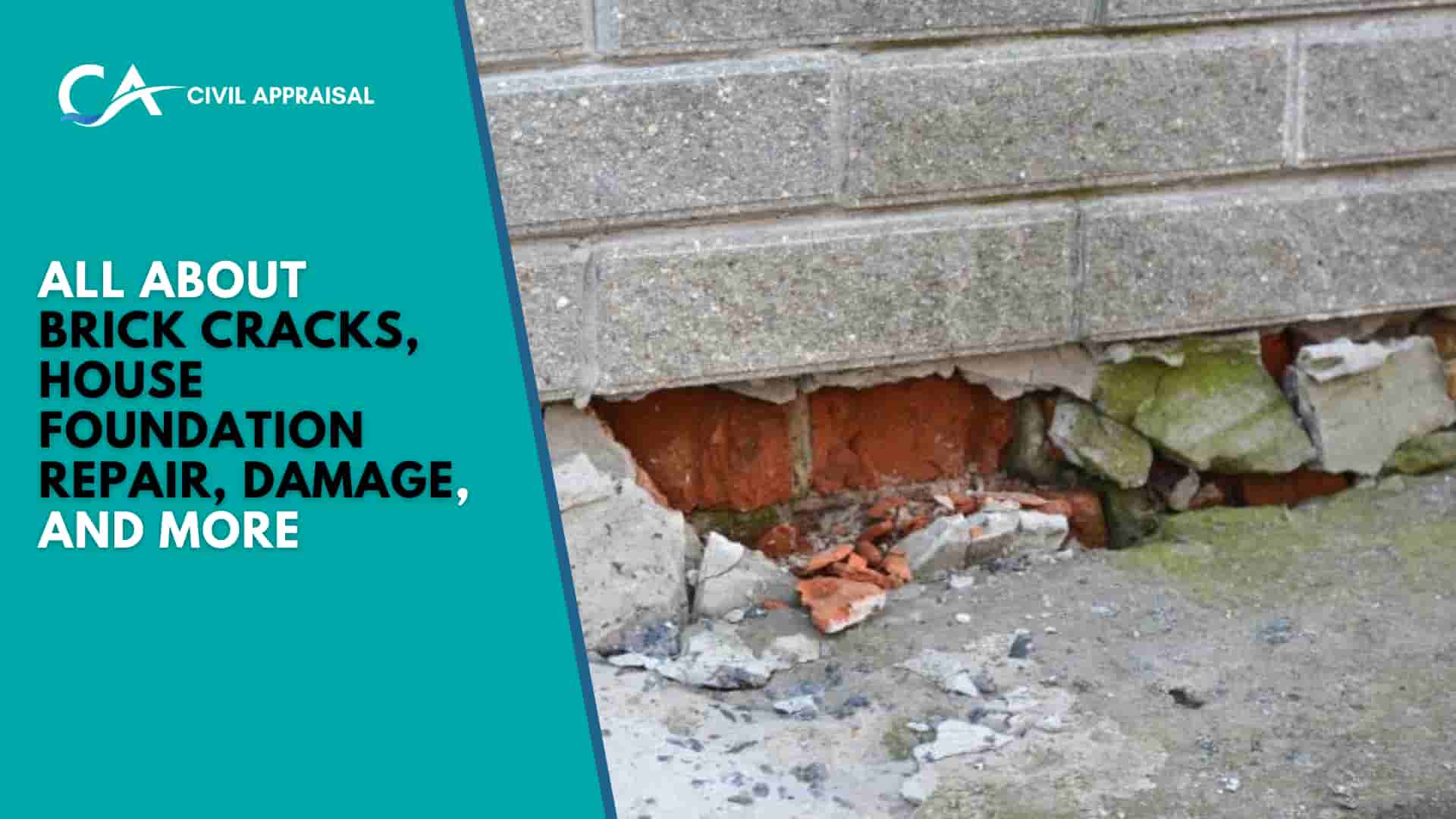 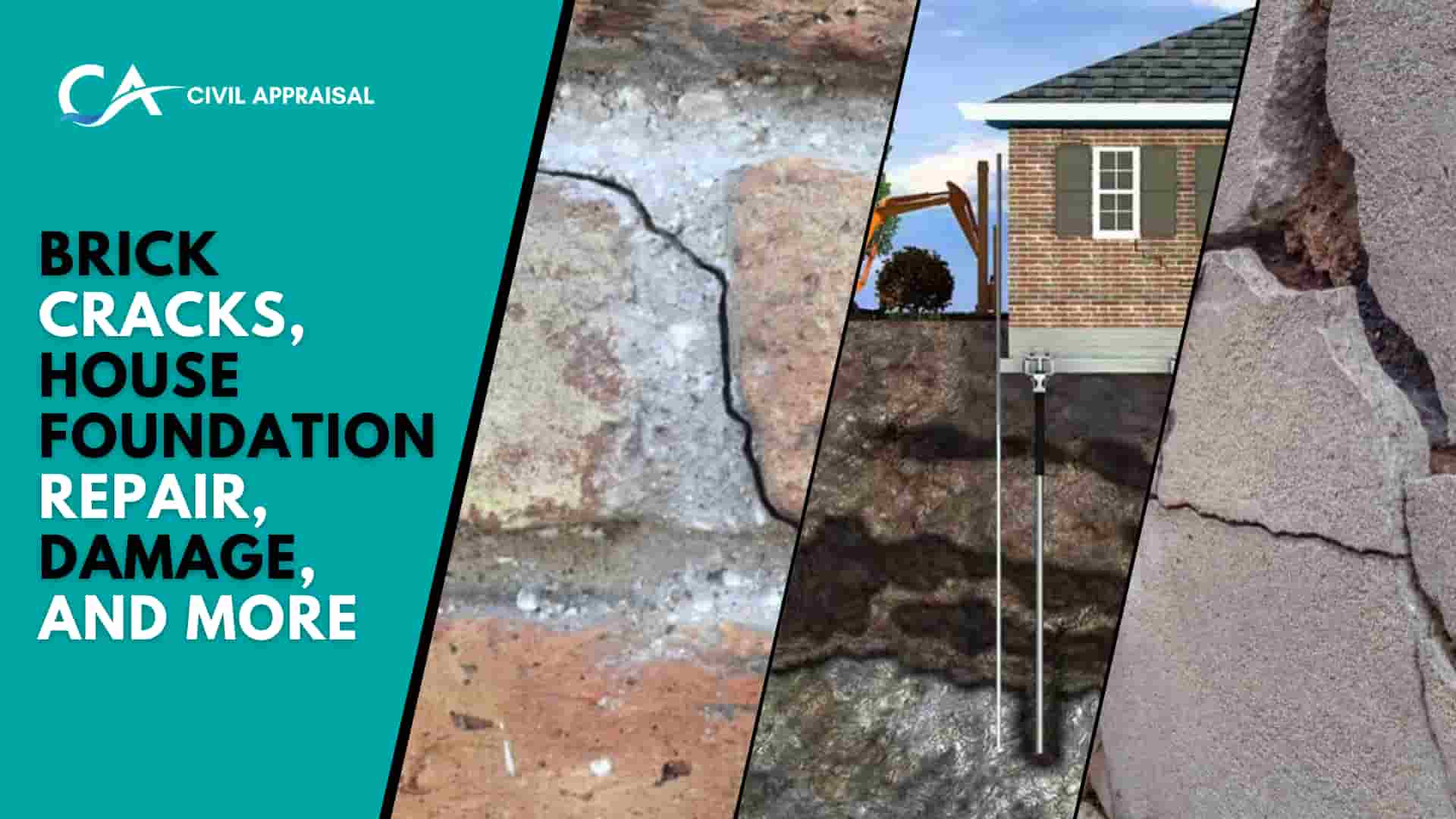 Brick buildings provide the impression of solid structures. With so many landowners embracing the “exposed brick” appearance for their homes, some issues are unavoidable.

Cracked bricks are a typical problem with brick walls. While cracked brickwork may not usually signify major structural problems, it can make your property susceptible to water damage and mold.

Brick walls develop fractures in two ways: through natural disasters such as earthquakes or through the passage of time. The majority of the time, cracks in your brick wall can be repaired, so it shouldn’t be a major issue. However, it is not a problem to be underestimated because fractures tend to spread and grow in size quickly.

Causes of Cracks in Brick Walls 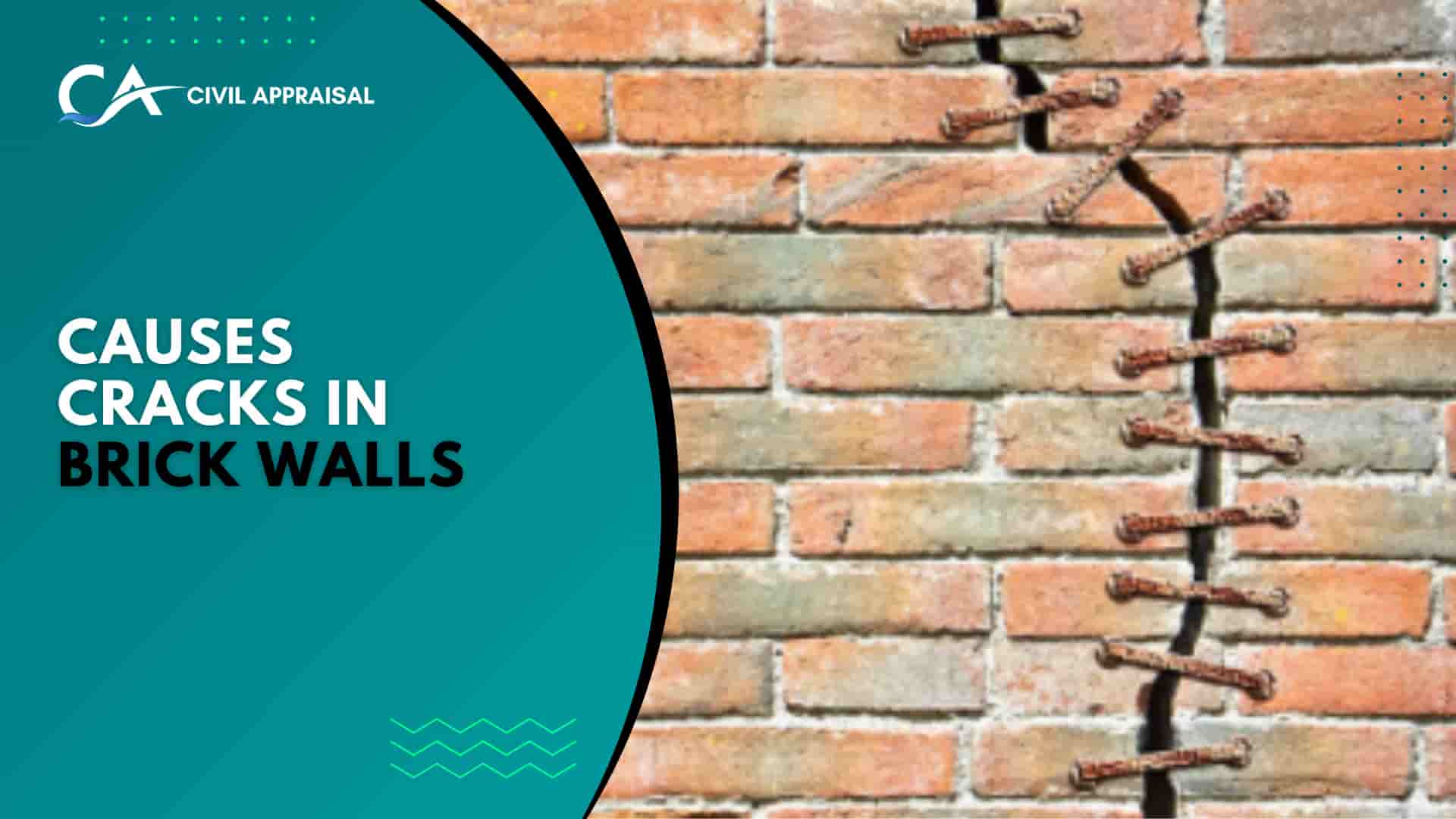 Here, the causes of cracks in brick walls are as follows. 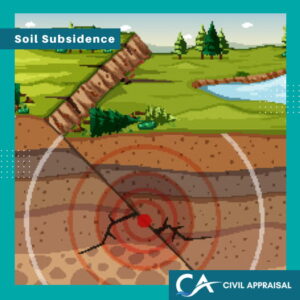 It all starts with the building of the house. Soil excavation has taken place in order to lay the foundations of a building. The ground settles over time, and the foundation of the home slides somewhat. This movement can generate minor vertical cracks, which are usually not an issue.

Depending on the type of soil on which your house is built, your house may endure more drastic movement, which can cause significant damage. Natural calamities such as earthquakes, floods, and hurricanes can severely destroy your home’s foundation. 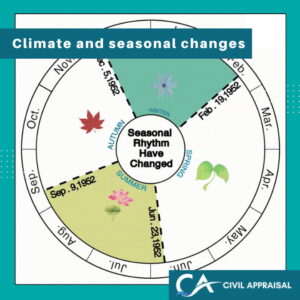 The materials used to construct our homes respond quite a bit to climatic and seasonal fluctuations. Long periods of drought, as well as rain and water, can cause damage to the walls and foundations. 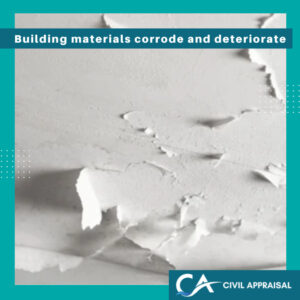 Building materials do not last indefinitely. Weather, gravity, and poor upkeep all have an ongoing impact on our structures. Building reinforcement is prone to corrosion, especially if the concrete base is not adequately installed. Foundation fissures expose the steel reinforcement to moisture, which can cause rusting and lead to brick wall cracks.

4. Construction Works in Your Area 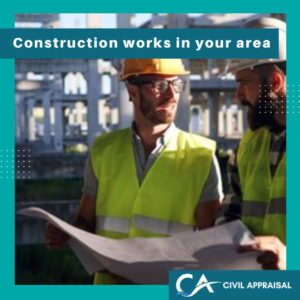 5. Regions Where Soils are Highly Reactive 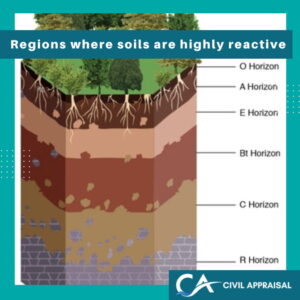 Soils like clay expand when wet and split and shrink when dry. You may notice minor cracks in your walls if your home is built on clay soil.

Unfortunately, these cracks are usually cosmetic in nature and can be easily repaired. Cracks larger than 3 mm should be taken seriously, and an expert should be called to evaluate your home or building. 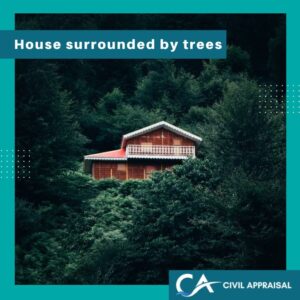 Having large trees close to your home might cause brick walls to crumble. As a result, their root systems are invasive and can damage your home’s foundation. In addition, they require a lot of water, which can alter soil moisture.

Also, cracks in walls can be caused by dry soils. Small brick cracks are typical and do not signal an issue with the foundation. This is due to the fact that brick has a natural tendency to expand. 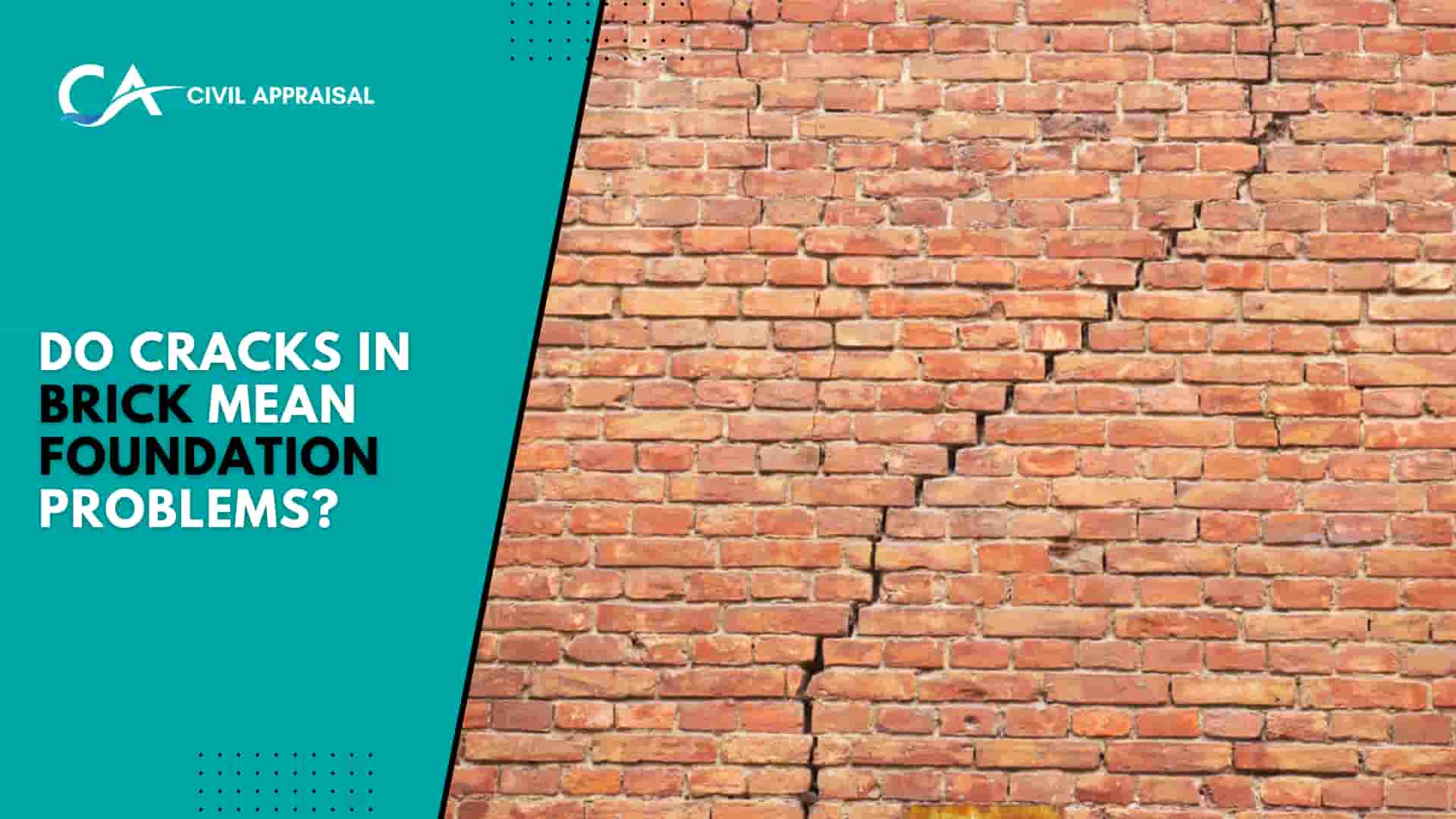 Bricks are composed of inflexible baked clay that has been crushed. As a result, when your house settles or due to external forces, they’re more likely to crack.

Small cracks in brick walls are widespread and usually innocuous. Large brick cracks on the outside of your house, on the other hand, may signal a foundation problem.

A cracked brick should be replaced as soon as you notice it. Your home could be damaged by water entering via a fracture in the masonry, which could cause structural damage and interior finishes to be damaged. If there is excess moisture, mould might develop, which can be costly.

In most home improvement stores, you can purchase affordable bricks for this project. But don’t just ignore it! It’s possible that your foundation has further problems if the break extends beyond a single brick. Especially if there are multiple cracks in brick, it’s possible that there is an underlying cause.

This is a problem that needs to be addressed immediately. This can cause problems with the brickwork that uses the foundation as a base.

How Do You Fix a Crack in a Brick Foundation? 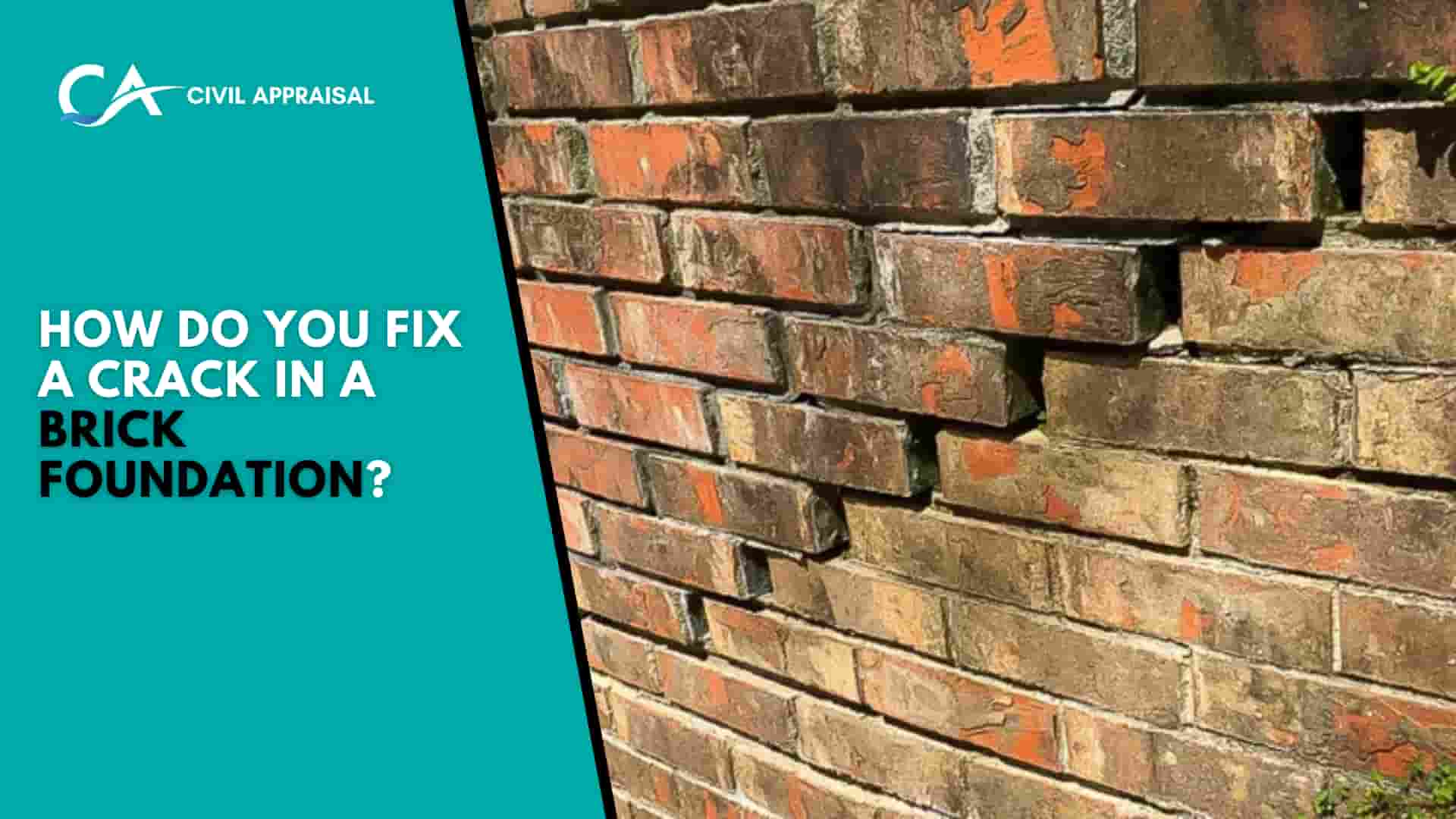 How Much Does It Cost to Repair a Brick Foundation? 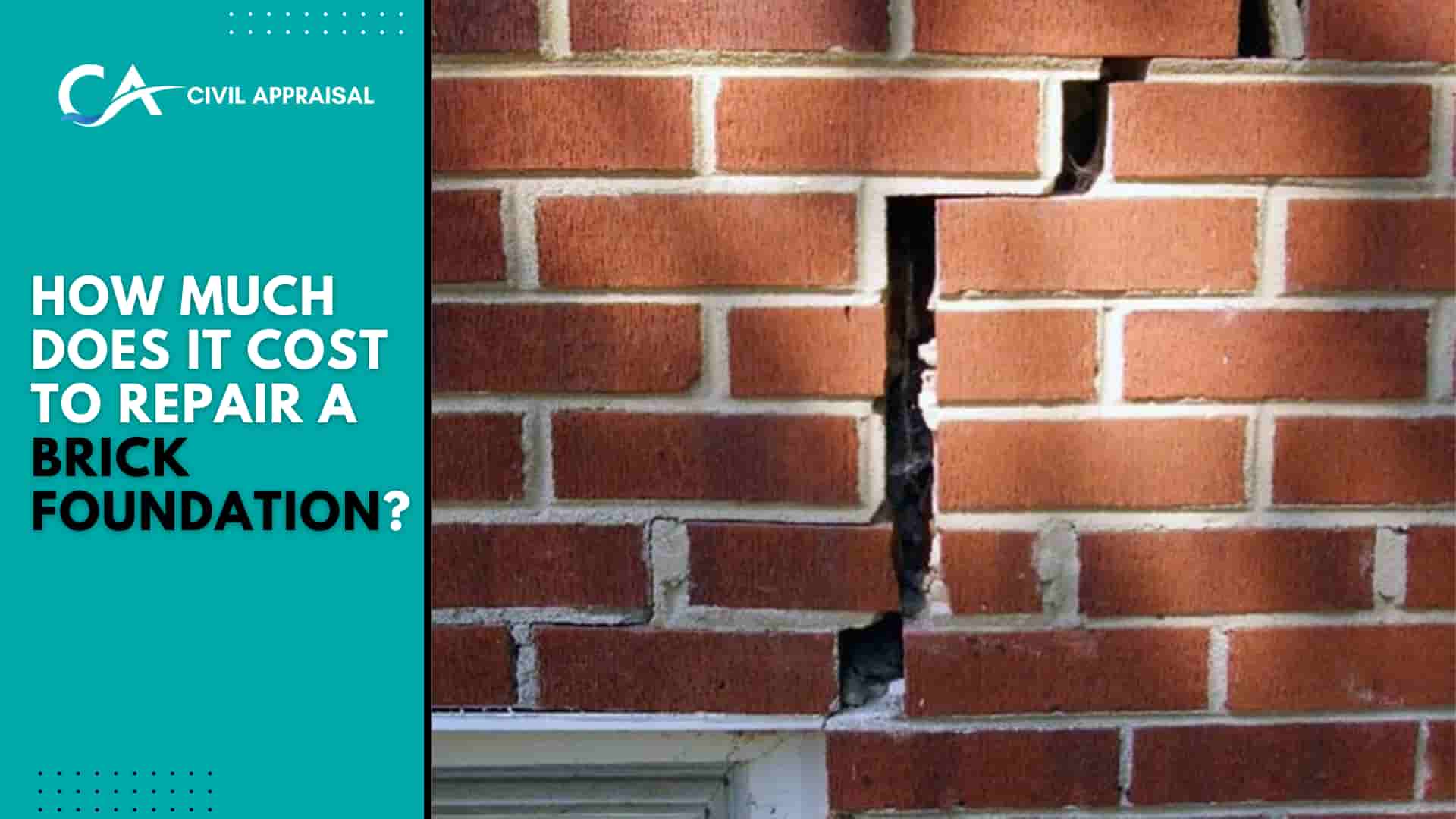 Minor foundation cracks might cost as little as $500, while major foundation repairs can cost as much as $10,000. The sooner you get cracks repaired, the less money you’ll have to spend. For a one-story home with modest cracks, exterior brick wall cracks can be repaired for $450 to $600.

The Average Foundation Repair Cost The majority of foundation repairs cost between $4,000 and $10,000 to complete. Over time, all houses settle, but if yours settles too much, it can cause serious structural issues. Piering and underpinning problems are repaired for $1,340 to $1,500 per pier.

Homeowners pay an average of $10/sq.ft. to repoint brick. In some cases, costs might reach up to $25 per square foot, depending on the materials and labor employed.

Types of Cracks in Brick Walls

Mainly there are three types of bricks cracks are as follows.

Are Vertical Cracks in Brick Normal?

Veneer cracks are zig-zags that go along the mortar line around the bricks. Because they only appear in the mortar, some homeowners assume that the fix will be a simple one, but the reality is that these cracks are often signs of major structural damage.

When to Worry About Cracks in Brick?

Causes of Vertical Cracks in Walls

Cracks that move vertically are caused by sinking, settling, or sagging foundation problems. Settling issues arise when the soil under your house shifts or moves. Usually only one part of your home will sag into the changed soil, so cracks in your foundation occur.

Vertical Cracks in Outside Walls

Vertical cracks usually occur in foundation walls when there is insufficient support below. The main reason for this lack of support is when the soil beneath the foundation has not been properly compacted and compresses or even washes away.

These types of cracks almost always indicate foundation failure. What this typically means is the soil under and around your house is pushing against your foundation and forcing the walls inward.

Cracks in Mortar Between Bricks

Brick veneer cracks are zig-zag cracks that follow the mortar line around the bricks. While this crack may seem a simple fix, as they appear only in the mortar, it’s often the telltale sign of serious structural damage.

Vertical cracks are most often met in warmer climates. Their characteristic is that vertical bricks can appear in the mortar and brick, effectively splitting the brick in two. Almost always, vertical cracks are caused by thermal expansion, which leads to movement of the material, which results in vertical cracks.

Crack in Brick but Not Foundation

This does not necessarily mean that that a foundation needs to be fixed. Small brick cracks are common and do not indicate foundation problems. That’s because brick is naturally prone to expanding. If only a few bricks are affected by fractures, don’t worry about it.

Repairing stress cracks in a wall costs $100 to $150, on average. Settlement of the foundation, seismic activity, structural problems, poor installation, and similar issues cause stress cracks.

Minor cracks that don’t affect the structure’s integrity cost as little as $250 to repair, while major cracks price at $800. Cracks happen when the foundation sinks or there’s too much pressure on the foundation from surrounding soil. Small cracks don’t usually cause structural damage.

How to Fix Cracks in Brick Mortar?

Although masonry can deform elastically over long periods of time to accommodate small amounts of movement, large movements normally cause cracking. Cracks may appear along the mortar joints or through the masonry units.

Cracks in Walls and Ceilings When to Worry

Foundation Damage. Unfortunately, cracking in your walls and ceilings may also be the result of damage to your foundation. If you’re seeing large cracks that are more than a quarter-inch wide or other signs that have you concerned about your foundation, it’s definitely time to have your home checked.

How to Repair Horizontal Cracks in Walls?

The best way to repair a crack in drywall is to re-tape the joint. This involves scraping away the loose tape and crumbled bits of drywall mud, sanding the surface smooth, and then filling the crack with drywall compound and applying new tape.

Causes of Cracks in Brick Walls

Here, the causes of cracks in brick walls are as follows.

When Should I Worry About Vertical Cracks in Walls?

A crack is more serious when it’s between five and 15 millimeters wide (0.5 to 1.5 centimeters, or up to half an inch) as the cause could be more serious than simply dried out plaster or a house that is settling.

Small brick cracks are common and do not indicate foundation problems. That’s because brick is naturally prone to expanding. If only a few bricks are affected by fractures, don’t worry about it. Deterioration and structural foundation damage is probably not a concern.